Are you the relative of someone who could benefit from assisted living? Assisted living is a more independent form of senior care than a nursing home, and its perfect balance between safety and independence make it a wise choice for many people who want their relative to enjoy a good quality of life.

Before you make a final decision, however, it’s important to find out as much as you can about assisted living. How did it start? What were the first facilities like? How do facilities in 2017 compare to those in previous years? These are just some of the questions you may want to find the answer to. First, let’s take a look at the origins of assisted living:

The Origins of Assisted Living

Assisted living is now the most popular form of long-term care in America, overtaking nursing homes. There are now over thirty thousand facilities throughout the country, and nearly one million seniors benefit from residing in one.

The origins of assisted living are interesting, particularly the fact that it is a young industry. In the beginning, the idea of assisted living was conceived by skilled nurses just twenty five years ago. During this time, it was primarily a privately funded endeavor. This meant that if you didn’t have deep pockets, you had little chance of receiving such care.

Assisted living began as a reaction to the care provided in nursing homes. It was seen as an effective middle ground that allowed the senior a greater sense of autonomy and independence.

Assisted living in 2017 is a lot different than the early days. Things have come a long way, and there a lot of senior housing trends to watch out for. These include a slowing down on new facilities being constructed as financing has become a lot less generous, oversupply being an acknowledged problem, and companies being challenged to provide the best staff and price brackets.

Thus, in some ways the market is looking good for would-be occupants. However, this is an industry that is notoriously unpredictable, so there will be competition ahead. Competition is a stressful thing for assisted living providers, but it is a good thing for anyone going into assisted living or helping their relative do so. Competition in the market always means an improvement in services provided as providers go the extra mile to make their facility stand out.

While it seems like a tenuous time for the industry at large, things are not as bad as they seem. There are some important things to know about the assisted living facility which impact your decision-making as a relative:

For those of you who are either distant with your relatives or lack the time or resources to introduce them into your own home, assisted living may be the perfect option. If you’re considering this, there are a few things you should know about the current state of the industry.
The National Investment Center for Seniors Housing and Care (NIC) brought out figures that paint an optimistic picture in terms of demand, causing a lot of relief for care providers and entrepreneurs alike. Declines in occupancy are the main concern for the industry, as new constructions disrupt the balance and can potentially create great competitiveness between the providers.

Industry Stability and Your Relative

What does this mean for someone like you, who is thinking about situating their relative in an assisted living facility? When occupancy rates are too high, there is not enough space. This means that your relative is put on a waiting list or you end up having to go for a facility that wasn’t your top choice simply because another one is full.

Conversely, when occupancy is too low, providers struggle to balance their budgets because they have consistent running costs and less people occupying their rooms. This can result in money-saving measures which can affect the quality of care of the residents.

The current stability of the occupancy rate in the assisted living industry means that you should act now in order to place your relative in a facility with high standards. If you haven’t brought this up in conversation yet, there are many effective ways of discussing assisted living with your parent. Make the arrangements now, while the market benefits the occupants. 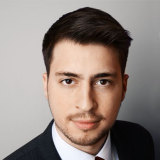